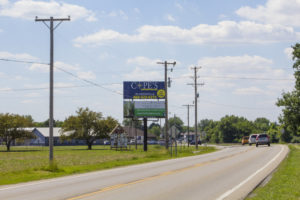 They say that every company has a story that defines it. A touchstone that the founder and company look back on and say, “That’s who we are, that’s our story.” Summit Locations is no exception. The company mirrors the values and character of its founder and the small Midwestern town he and his team seeked to serve when it all began. Values like patience, ingenuity, and service.

So where did we come from? Well that’s easy, where all good things come from, the farm. The founder of the company, Justin Powell, first went into business when he was 12 years old. He loved the outdoors and so he started raising produce that he and his siblings could sell from the farm and at farmers markets. Over the next eight years he grew from one roadside stand in front of his grandparents’ home selling sweet corn to serving small towns and cities in all directions. It was a partnership between he and his brother and sisters. They all worked hard and got to enjoy the fruit of their labor. The lessons learned during those long hot summers was pounded into them and is the basis upon which he’s grown and operated Summit Locations.